2Ti player, Barry Maguire, won the Mitre Goal of the Year 2019 award during the Singapore Football Awards Night held at Orchard Hotel. Barry Maguire who has been in exceptional form for his club, Geylang International won the award for the screamer of a goal that he scored against Young Lions FC.

Geylang International will be interested to extend his services for Season 2020 of the Singapore Premier League. Barry Maguire will discuss his future in the coming weeks with his agent, Khairul Asyraf. 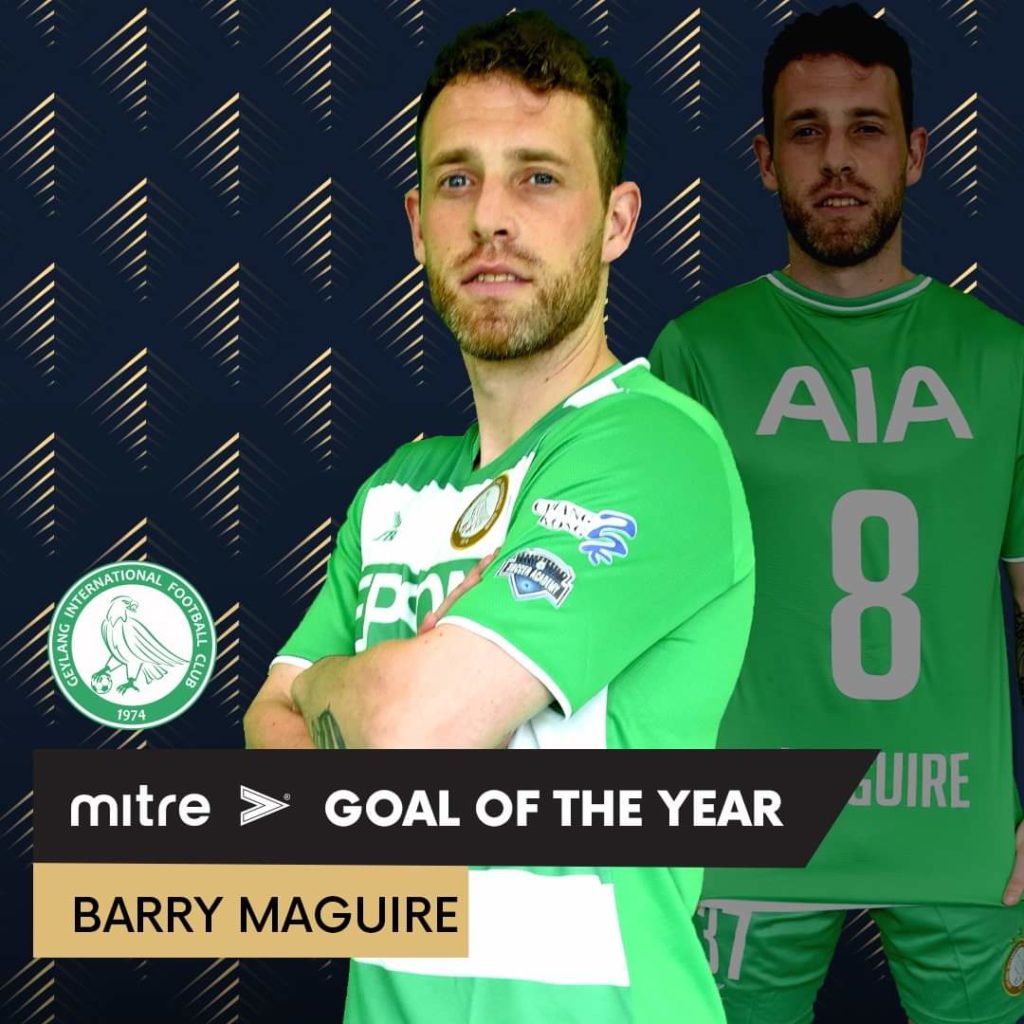